Nin, the oldest royal city, today holds one of the 30 silver coins that Judas received for betraying Jesus Christ. One of these treacherous coins is kept today in the treasury of the parish church of St. Asela.

This coin is part of the reliquary of Judas’ silver coin from the 15th century, with forged edges in the shape of a hexagonal prism. It is enclosed by glass walls and stands on a handle in the shape of an elegant hand.

The beautiful city of Nin is not only a tourist centre and a favourite destination for romantic souls. This city also hides a rich history related to the Christian religion.

(quote from the bible)
… Then one of the twelve, named Judas Iscariot, went to the chief priests and said to them, “What will you give me, that I may betray him to you?” They gave him thirty pieces of silver. He has since sought an opportunity to betray him.

And he betrayed him, with a kiss in the Garden of Gethsemane, where Jesus prayed with the apostles. He was captured, taken before Pilate, convicted, cruelly tortured, and finally crucified. Realizing what he had done, Judas repented and decided to return the 30 pieces of silver to the high priests and elders. But they reject him. “As far as we’re concerned? It’s your business!” They told him. Judas threw the silver pieces into the temple, went and hanged himself …

How did one of the 30 silver coins get to Nin?

This Judas silver coin is first mentioned in the church inventory from 1412, according to the church historian and Zadar parish priest, Carlo Federico Bianchi. Professor Emeritus Nikola Jakšić warns that Bianchi is not always a reliable source, because he often sees something but never reveals where he saw it or any details related to the event.

So far, there is only speculation as to how the coin actually came to town. 16 out of 30 silver coins arrived in Europe, and most of them were collected and processed in the 19th century. The famous French archaeologist, Fernand de Mely, dealt with this very topic, but it seems that he did not know about the coin in Nin. Today, apart from our example in Nin, only one of Judas’ 30 silver coins has been preserved in Rome, in the church of St. Of the Cross of Jerusalem.

Bianchi claims that the coin has been in Nin for over 600 years. But whether someone brought him there, whether he was excavated somewhere in Nin or whether he was brought by pilgrims, nothing is known about that. Such coins may still exist in the world but they are extremely rare. 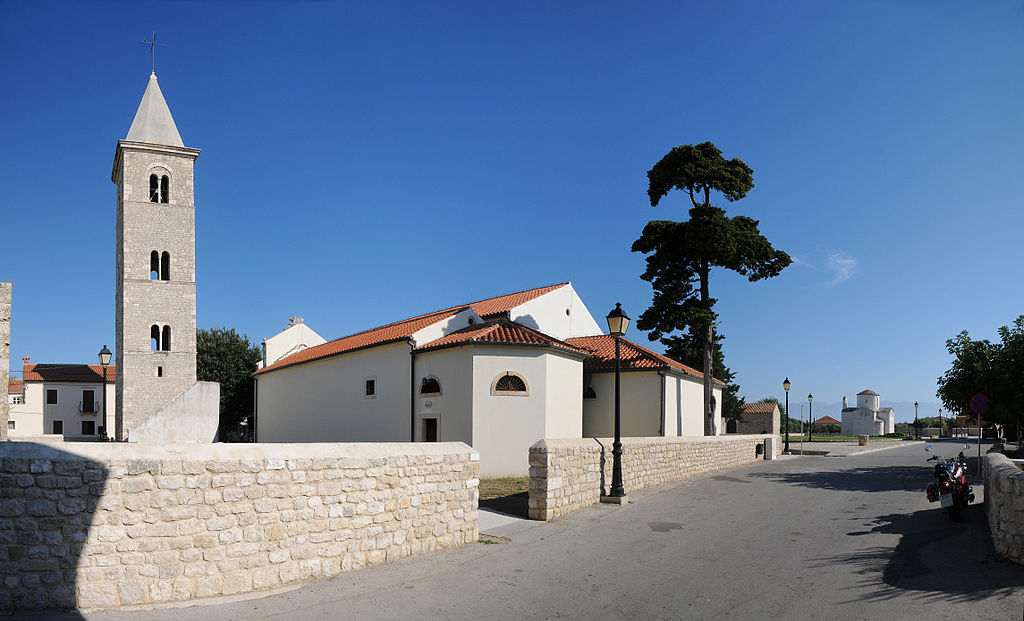 Isn’t the Nin silver coin the money used to pay for Judas’ betrayal?

If Judas were paid with those silver coins, it would be like you trying to pay something today with Maria Theresa’s money. Despite this, there is still great interest in this coin, both from Croatia and from the rest of Europe.

Currently, Professor Lucia Travaini, from the University of Milan, is interested in this mysterious historical coin. Her assumption is that the silver coin could belong to the Nin church of Sv. Of the Cross, which had probably more relics of Christ’s Passion.

Nin is a great place for anyone who wants to learn about history, especially religion. The smallest cathedral in the world or the Church of St. The cross is just one of the peculiarities. Many things are also in the museum, such as church furniture and remains from early medieval churches.

The statue of Bishop Gregory of Nin is an unavoidable attraction, and no one can resist touching his thumb. Nin is a very small town but it has a surprisingly rich history and it is impossible to visit everything in one day. For this reason, Queen Beach Resort is at your service!

They provide the best accommodation and a top offer, especially for those travelling with family and young children.