One of the unavoidable features of Zadar County is the almost closed sea bay, the Karin Sea. This sea bay, with an area of ​​only 5.7 square kilometres, is connected to the Novigrad Sea by a narrow canal.

Just 40 miles from the , this sea is an unmissable attraction. In addition, the shores of the Karin Sea are rich in healing mud due to the brackish water. It is water created by mixing salty seawater and fresh watercourses, and as a result, the mentioned medicinal mud was created. Two rivers, the Karišnica and the Bijela river flow into the Karin Sea.

First of all, this sea has a long history dating back to antiquity and today tourism is successfully developing in this area. For example, Gornji Karin is a place where there is currently a large tourist resort.

The area of ​​the Karin Sea has been inhabited since ancient times. In the area of ​​today’s Karina was a Roman city called Corinium. Later, during the Middle Ages, the town of Karin was already formed which played an important defensive role in the area. The geostrategic space of this town in the area of ​​the rugged Bukovac plateau primarily provides access to this famous Karin Sea.

The famous Italian travel writer, Alberto Fortis, already in the second half of the 18th century described Gradina Miodrag, the remains of which can be seen in the area today. It is also believed that the ancient Corinium was fortified on this site, so by visiting the remains of this fortification you can have a direct insight into the distant past. In the same area, there are two more ancient fortifications that still defy all-natural disasters.

Also, based on the aforementioned description of Albert Fortis, there should have been another building in this area. It is an amphitheatre building where bloody gladiatorial games were held, a favourite in the Roman world. But a large part of the buildings was demolished in the Ottoman campaigns and after that, the decay was contributed by the ravages of time. 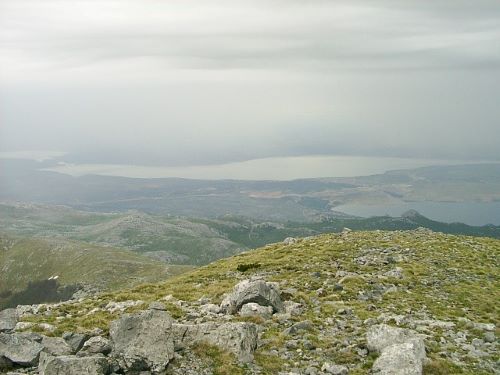 Given the growing number of tourists in Croatia, the residents of Karina are taking advantage of the obvious tourist potential of this area. For this reason, you can find a variety of tourist content during the season. It is important to point out the natural beauties of Karina, such as the clear sea and beautiful beaches.

Numerous rivers and streams can be found on the hills, which as a result have created fertile fields that favour the development of agriculture. The special brackish water that has created healing mud on these beaches is also one in a series of attractions that attracts a significant number of tourists. Last year alone, 1.8 million kunas was invested in tourism, so these beaches are fully equipped accordingly. Within the beaches there are children’s playgrounds, amusement park, changing rooms and everything is also adapted for people with disabilities.

At the same time, you can rent a boat and have wireless internet access in almost the entire area. Younger generations will certainly be interested in fields where they can play badminton, beach volleyball and even water polo. Those who have bone diseases, back pain or psoriasis will in turn enjoy the healing properties of water and mud. In any case, it is worth visiting this small place, which, in addition to its rich cultural and historical heritage, also invests in tourism.

For those who want culture, the Monastery of St. Marija Bezgrješne and Miodrag gradina are great destinations. The monastery was completely demolished during the Serbian aggression on Croatia, in 1993, and its restoration was one of the largest and most expensive interventions for the restoration of sacral buildings that were destroyed in the Homeland War. The renovation was successfully completed to the delight of all locals and the monastery once again became a tourist destination.

On the wall of the corridor, visitors can see a stone cross made of wicker that dates back to the time of the Karin Lapčani and Croatian national rulers. In the past, the monastery also served as a school and library, which still exists today. Miodrag gradina in Roman times served as a landmark between the three areas.

Later, the area was inhabited by the Miodrag tribe, after which the building got its name. This tribe became completely extinct in the 17th century and since then the hillfort has been completely abandoned. Regardless, it is a trace of rich history and many historical events in this small place. 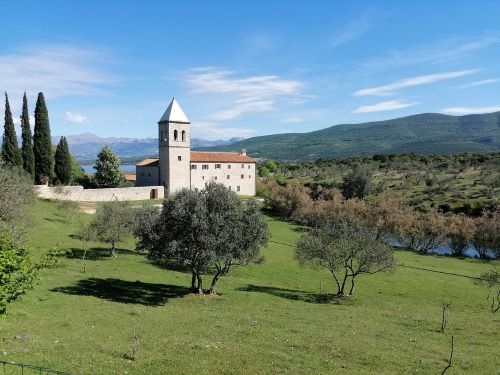